Saturday 21st September saw the 1st senior women's team in over two decades competing in the Midlands road relay, held at the prestigious Sutton Park in Sutton Coldfield. After watching the senior men enjoy success at this fantastic venue last year, it was time for Swindon Harriers to bring a senior women's team!

The team was made up of 4 women who had all competed for the Swindon Harriers over the summer in track races.

Once the team arrived we made our way to base camp which was the traditional Swindon Harriers tent with team captain Simon Dill waiting with the dream teams race numbers.

With the sun shining and clear blue sky, the group had an easy warm up and gathered by the starting pen ready for the first senior ladies team photo in years and years.

Lizzie Rayner was up first, coming from her recent win in a triathlon earlier this month. Lizzie was our cool calm starter with experience and a calmness that this team needed to get our senior women's team debut underway. After 16.28 minutes and an amazing 14th place, Lizzie lived up to her reputation and Grace Knapp was on her way in a fine position. Grace is known as our chaser and works hard in a group or alone, this is a skill that is needed in a road relay!

As Grace started the sun and wind had decided to really show itself and Grace used her strength and experience to work hard on those hills and keep the dream alive bringing the 2nd leg to an end and handing over the leg to the rookie of the team Jessica Pierce. It was Jessica's first experience of a road relay and she is known to be very excitable, after a black and white dynamites team talk and lot's of motivation from her team members Jessica was ready and took on leg 3. With thoughts of making the nationals and using her newly gained experience in racing, Jessica ran herself into the race taking 2 places and racing the home straight against a Swindon Harriers Senior men "only our team captain, Simon Dill" who was finishing his leg, a battle between the two saw Jessica handing over the final leg to Rachel Sykes.

Rachel is known for her sprint ability and will often be found competing in an 800m. Rachel took on the challenge and upped her distance to support the club and the dream team. Coming from a night shift and showing what true grit and determination looked like, Rachel was off, a fast start saw Rachel run into the distance leaving her 3 team members recovering and keeping everything crossed. After 17.38 minutes and looking like a true sprinter we watched Rachel come home in 19th position, bringing home the true sprit of what the senior womens team is all about.

Our first Senior Women's team came an amazing 19th position out of 106 teams!!

With a National place secured and disbelief wearing off, the celebrations began, we went from just wanting to inspire others and motivate the next generation of senior women, to making the nationals! Fantastic team spirit, an amazing atmosphere and thank you to everyone involved for making the team happen!! 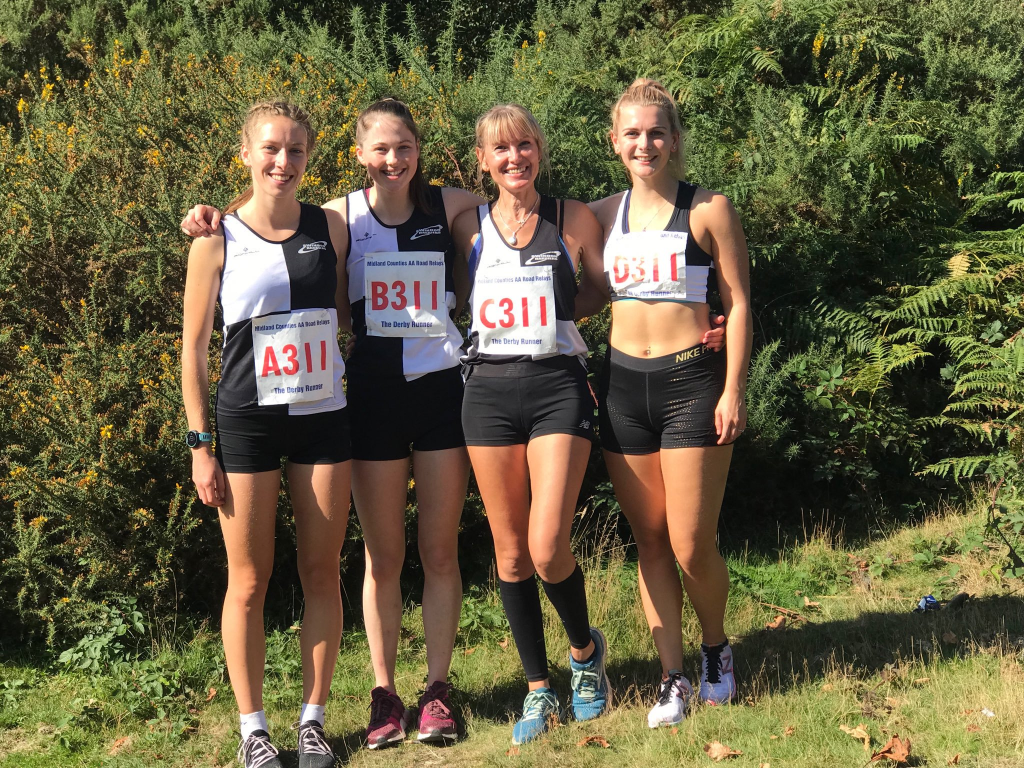